Safeguard your skin from screen time

On average, Brits spend 2 hours and 34 minutes on their smartphones every day. With all the additional Netflix and Zoom calls, many of us have only found our screen time increasing while in lockdown.

What’s more, with summer now in full swing, many of us are being exposed to blue light rays not only from our screens but also sunlight.

So, what is blue light, and could it be damaging our skin?

“Blue light is the spectrum of light emitted from the sun as well as digital devices such as mobile phones and computer screens” says Dr Jinah Yoo, Consultant Dermatologist at sk:n.

“What many people don’t realise, is this light is very close in wavelength to ultraviolet (UV) light, which can potentially cause long-term damage to our skin.”

Dr Jinah Yoo explains exactly what the effects of blue light and extended screen time can have on our skin.

What is blue light?

The sun emits ultraviolet (UV) rays, the effects of which are well known to our skin, for both good and bad reasons. Whilst UV rays help in boosting vitamin D production, they can also be harmful by causing skin cancer, skin ageing and hyperpigmentation.

Many people don’t realise is that UV actually only accounts for 3-5% of sunlight reaching the earth and the sun actually emits a range of lights, including visible light. Visible light accounts for 43% of all sunlight and has a longer wavelength than UV which means it is able to penetrate deeper in the skin. Blue light is within this visible light range.

Aside from the sunlight, blue light is also released from the digital screens of phones, tablets, TV or computer as well as fluorescent and LED lighting.

Is the damage from blue light similar to the damage caused by UVA and UVB rays/sunlight?

Does blue light from looking at a screen cause skin pigmentation?

The full extent of the effects of blue light emitted from tablets and phone screens on skin cells requires more research, however one lab-based study has shown increased free radical production from as little as 1-hour of screen exposure. These free radicals can contribute to skin ageing and hyperpigmentation, meaning an increased number of hours spent on digital devices at close proximity to the face could potentially have long-term effects on our skin. However, this theory was not supported in a recent study when blue light exposed directly to melasma skin did not worsen their pigmentation. Further studies are needed to look at the cumulative long-term effects of blue light from tablet or phone screens.

Can blue light age the skin?

There are no studies on real human skin that directly look at the effect of blue light on skin ageing, such as wrinkle formation or reduced elasticity. However, what we know from laboratory-based studies using skin cells, is that blue light increases the production of free radicals and enzymes which break down proteins such as collagen, weakening the skin structure. Based on these changes, we can assume that it can potentially lead to skin ageing.

Are there any other side effects caused from too much blue light?

Blue light can also disturb our circadian rhythm (body’s clock controlling sleep-wake cycle). Poor sleep not only leaves us feeling tired but lessens the skins ability to repair skin cells whilst we sleep to prevent skin ageing. Another knock-on effect of a bad night’s sleep can be indulging in excess caffeine or sugary snacks which can result in breakouts and dehydrated skin.

Should we wear sunscreen to protect our skin from blue light?

Broad-spectrum sunscreen with UVA and UVB filters is not adequate for blue light protection as shown in several research studies. However, many of the newer sunscreens contain UV as well as visible light and near infra-red filters which provide extra protection.

Is there any way I can reduce the effects of blue light on my skin?

Are there any products that we can introduce to our skincare and makeup routine to help protect against blue light?

Regular use of sunscreen all year round is recommended if you have hyperpigmentation concerns because longer rays of light, such as UVA and blue light, are present all year round and they can even penetrate windows and glasses. Heliocare 360 tinted oil-free SPF50 contains polypodium leucotomos which is extracted from fern found in Central and South America. This antioxidant has shown protective role in blocking UV and visible light.

Our natural antioxidants in our skin can be used up when excess free radicals are formed by visible light exposure. Use of regular antioxidants (such as vitamin C or E) as part of a morning skincare routine can help to combat this oxidative damage.

Would you recommend any treatments that combat the effects of blue light on the skin?

Is all blue light bad?

It is well documented that some blue light exposure is essential to maintain our circadian rhythm. Exposure to blue light during the daytime helps with alertness, memory and elevation of mood. However, too much blue light at night can disturb sleep and skin’s repair function.

Are there any pros to blue light exposure? Some people use it to help with acne, why is this?

Blue light has been shown to be an effective acne treatment when used in small bursts. Blue light kills the acne-causing bacteria, known as Propionibacterium acnes, and reduces inflammation in pores caused by this bacteria. However, there are very little studies which compare blue light against gold standard treatment for acne, such as benzoyl peroxide, salicylic acids, retinoids or antibiotics.

Regardless of the evidence, I would always recommend using sunscreen with UV+visible light filters in both summer and winter, as visible light from the sun is present at all times of the year – and it won’t hurt in safeguarding your skin from screen time! 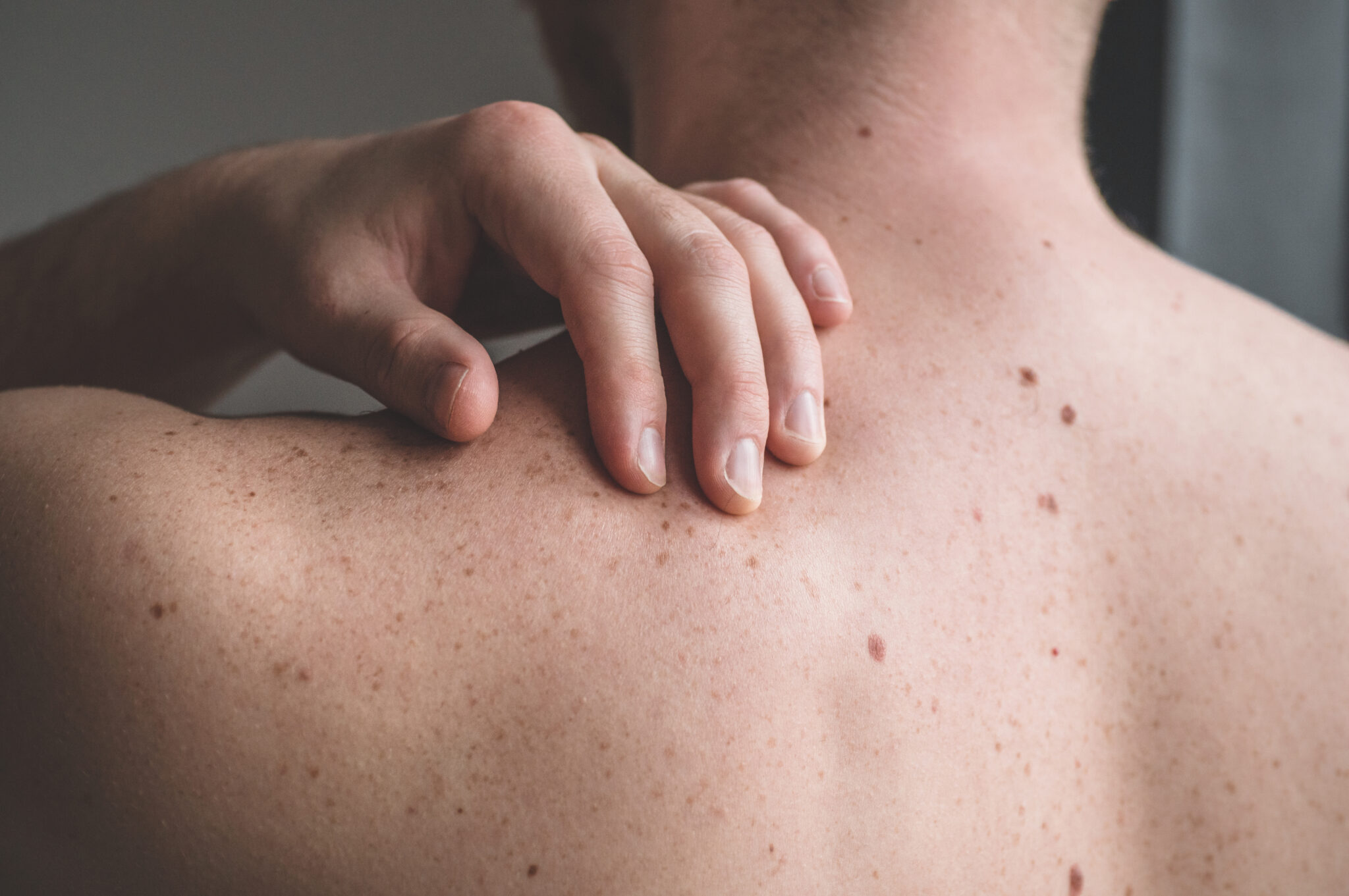 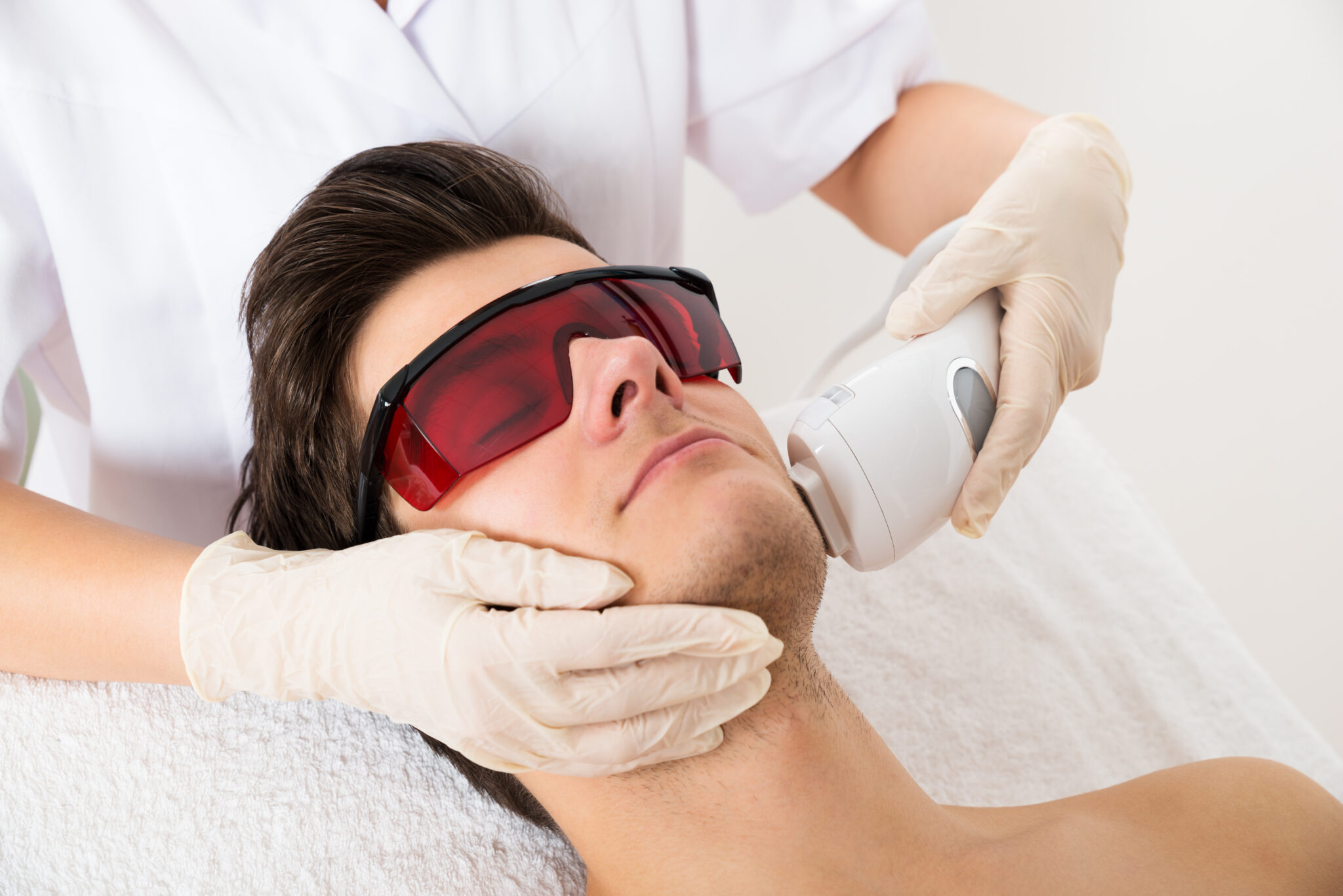 The Rise in Men Turning to Skin Treatments